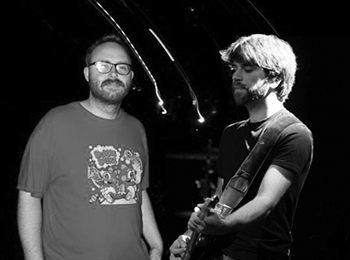 Andy Szymcik (left) & Bryan Mastergeorge (right) are the guitarists/vocalists/songwriters of the Boston band Wrong Body. Their debut album “BIG” was released in March 2014. It is an album that goes beyond the typical “rock album” formula, weaving lyrical and musical themes into different songs, recycling & referencing it’s own parts throughout – from the quietest acoustic track to the biggest, loudest rock banger.  In this interview we zero in on some key songs & themes, discuss their writing as individuals & as a group, their experiences being a live band vs. being a studio band, hear unreleased demos, find out the stories behind some of their song titles (which are mostly references to their favorite movies), and drop some Ghostbusters knowledge on y’all.

For more from Wrong Body check them out here: